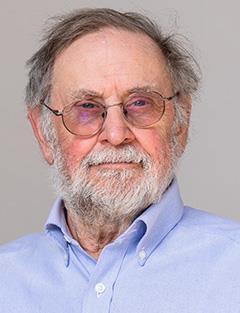 American Cancer Society Research Professor and Distinguished Professor
Molecular Biology and Microbiology
(617) 636-6528
john.coffin@tufts.edu
150 Harrison Ave
Research/Areas of Interest: Our research interests revolve around obtaining a better understanding of the interaction of retroviruses with their host cells and organisms. We use simple retroviruses (avian and murine viruses) to elucidate the nature of the retrovirus-receptor interaction; the mechanism and specificity of integration of viral DNA into host DNA; control of viral gene expression; mechanism of retroviral genetic variation; and evolution of the host-virus relationship, as revealed by the fossil record provided by endogenous proviruses found in the normal DNA of all vertebrates and many other species.