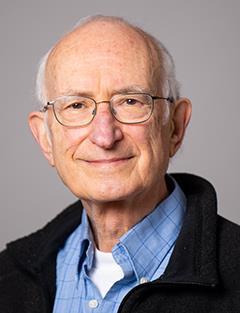 Professor
Immunology
(617) 636-6732
miguel.stadecker@tufts.edu
150 Harrison Ave
Research/Areas of Interest: My laboratory studies schistosomiasis, a disease caused by parasitic helminths of the genus Schistosoma, suffered by more than 200 million people throughout the world. The main pathology in schistosomiasis is a host CD4 T lymphocyte-mediated granulomatous inflammation against parasite eggs, which in the case of the species Schistosoma mansoni, takes place in the liver and intestines. Disease severity varies considerably, both in the human patient population, as well as among mouse strains in an experimental murine model. Our goal is to understand the role and interplay of CD4 T cell subpopulations in shaping the immunopathology in schistosomiasis, with emphasis on Th17 cells that mediate a severe form of disease. Current emphasis is placed on understanding the mechanism by which dendritic cell C-type lectin receptors sensing parasite eggs, can stimulate the secretion of proinflammatory cytokines that promote the development of pathogenic Th17 cells.